The story of BRIF began in November 1984, when its founder and current Executive Director, Shah Ahsan Habib, was only 15 years old and had just completed his Secondary School Certificate examination. He was approached by a poor neighbor, Mr. Azgar Ali, who requested money to help him get through some difficult times. The request made Habib think about how local people were plagued by the same problems every year, particularly during the “lean period” (Bangla Monga) when no agricultural work was available, and he began to question how these problems could be solved.

He discussed the issues with others who were also concerned about the poverty of the local community, and by the end of the year they had formed an organization called Akata Shongho (United Organization). Their idea was that instead of simply giving money to people for their immediate needs, they would establish a savings group of poor people in the local community, who would work together to invest the money in a sustainable solution.

Initially, they began working with a savings group of seven members, but gradually the membership and number of savings groups grew, and the organization began to find other ways to assist for the development of poor, disadvantaged and marginalized people.

The following timeline summarizes how BRIF evolved:
1988: the organization receives registration from the Social Welfare Department and builds an office.
1989: an education programmed for illiterate people begins, with the help of the Bangladesh Government Education Department.
1991: registration is received from the Bangladesh Government Health & Family Planning Department.
1992: the organization is renamed to become the Bangladesh Rural Improvement Foundation (BRIF). The Village and Farm Forestry Project begins (running till date 2008 as LEAF Project) to assist local people with establishing nurseries, enabling future work in diversified agriculture, marketing options, service providers interaction and forestry.
1993: with support from CARE-Bangladesh, BRIF begins a family planning project for three-year.
1994: a new partnership with Palli Karmo Shayak Foundation (PKSF) enables BRIF to considerably expand its Rural micro-credit program.
In 1994, Plan-Bangladesh starts supporting adult and child education with BRIF.
1995: BRIF obtains NGO Bureau registration (Bangladesh Government).
1995: the first international volunteers arrive, working alongside local volunteers already supporting BRIF.
1997: BRIF begins its nursery and agricultural activities through village and farming projects, with assistance from the Swiss Development Agency for Cooperation. It also commences its Safe Water and Sanitation Program with the assistance of NGO Forum.
1998: A new two-year nutrition education and homestead vegetable project is established, with the assistance from Helen Keller International, Bangladesh. During this year, BRIF also expands its activities into nine districts in Bangladesh, commences the ongoing Participatory Agro Extension Recharges Project with Mennonites Central Committee, and the ongoing disability rehabilitation program with support of CDD and the Government of Bangladesh.
– 1999: BRIF starts to provide legal aid to children and deprived women with the assistance from Bachte Shekha / The Asia Foundation, and begins vegetable cultivation activities with Mennonite Central Committee (MCC) and CARE-Bangladesh.
2000: with Plan-Bangladesh, the Kitchen Garden Project (KGP) is established.
2003: the project to assist and rehabilitate the minority Bihari people is improved and expanded. In addition, BRIF’s first International Work camp sanitation free eye camp is organized 1995, along with relief distribution, vaccinations and legal aid with assistance from the Technical Department of the Bangladesh Government.
2004: with Plan-Bangladesh, the Participatory and Interactive Learning Project (PILP) is established, to improve schools and education and to support new mothers. BRIF also establishes the Livelihood Empowerment and Agro-Forestry programme with SDC/ Inter Cooperation.
2005 to 2007: with Plan-Bangladesh,
Participatory Agri Product Diversification Project (PADP), with the Mennonite Central Committee (MCC) Monga Mitigation Program (MMP), with the Eco Social Development Organization (ESDO)/ Manusher Jonno Foundation, Hazardous Child Labor Reduction Movement (HCLRM), with CARE-Bangladesh the Promoting Rights of the Disadvantaged by Preventing Violence (PROTIRODH) project, with the CARE- Bangladesh the Strengthening Households Ability to Respond to Development Opportunity (SHOUHARDO Program)

We will continue to work towards our vision of an economically sound Bangladesh by building on this experience and expanding our activities, and we look forward to sharing our progress on this site. However, if you would like any additional information, please don’t hesitate to contact us. 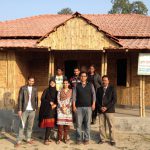 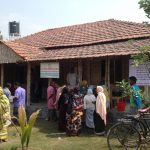